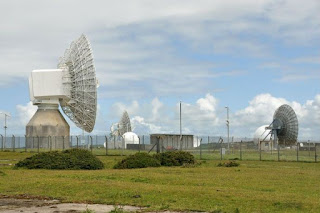 Environmental surveillance is going to change the way we do things around here.

I'll never forget the day I heard Michio Kaku tell me that my toilet bowl would one day know more about me than my doctor. It was one of the most obvious examples, yet something so benign-sounding that it's never offered as a prediction of the future.

Talking toilet bowls do not make the most clickworthy headlines. Or do they? Maybe I'm not the most prescient clickbait writer. Maybe Google already has a patent on the Smart Bowl. (They do, just checked.)

More examples of environmental surveillance are already among us, like any home security system. These systems are listening to your whole house. They might even be listening to your footsteps with their gait-recognition algorithm-ears.

But today we're here to talk about the ability to measure the collective emotional signature of large groups of people. This particular study is innocuous – it looks at the release of isoprene via our breath, and as a result of the physical agitation that we experience when watching an intense film.

The researchers who came up with this stuck a mass spectrometer (basically a human offgassing detector) inside the HVAC of the movie theater, and roll the film. As the crowd reacts, they involuntarily release chemical signals that reveal their emotional state.

This technique is used to gauge the stress-inducing effects of a film, to thereby classify it for various age groups. We don't want kids watching films that are too intense. But you can easily imagine this being used for a multitude of purposes. For example, imagine a school where every classroom is outfitted with this equipment, monitoring the collective stress levels in every room, ready to dispatch a security guard without the need for a teacher to call the principal's office.

Notes:
We might be able to rate future films with a sniff test
Oct 2018, Ars Technica

The Future of Humanity, new book (2018) by Michio Kaku

Also check out his radio show on WBAI 99.5FM

Post Script:
All this talk of home security does remind me of the ancient Japanese technique of the Nightingale floorboards, which were a lo-fi security device. The placement of tiny metal strips under the floor rub against each other when you walk on them, chirping your arrival.
https://en.wikipedia.org/wiki/Nightingale_floor

Posted by Self Replicate at 1:24 PM No comments: