The Origin of Artificial Olfaction 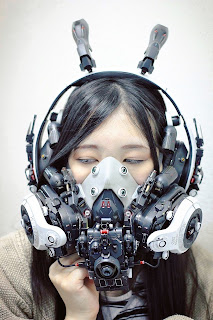 MIT researchers have a new and better way to compress models.
It's so simple that they unveiled it in a tweet last month: Train the model, prune its weakest connections, retrain the model at its fast, early training rate, and repeat, until the model is as tiny as you want. 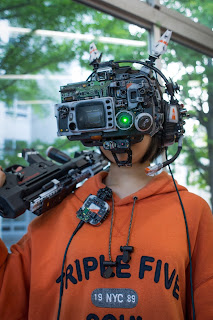 In other words, in order to make a more efficient artificial brain, you grow it from scratch, like a person.
This is a welcome development for artificial olfaction enthusiasts, because we won't see fully-functioning synthetic olfactory systems until we can first get a "lifetime" worth of autobiographical data for that system.
That feeling you get when "the smell of grandma's attic" hits you, it will not work if you didn't have a grandma. The data used by an olfactory system, artificial or otherwise, will come not only from infinite odorous molecules and their physiochemical properties, but also from the limbic system. And not just a limbic system, it has to be one that is preloaded with physiological datapoints as they relate to different combinations of odorous molecules. That requires a lifetime of matching bodily experiences, social experiences, and ultimately autobiographical moments to odors.
To decode olfaction is not so much a phylogenetic (species) problem as an ontogenetic (individual) problem. There is so much variety in the way we perceive smells, that to use a phylogenetic approach would exclude the majority of what makes smell such a powerful experience. It needs meaning; it is by nature subjective, not objective. In other words, it needs a subject, and in ways that other senses can do without (see object recognition, for example).
Image source: Hiroto Ikeuchi cyberpunk
Notes
Comparing Rewinding and Fine-tuning in Neural Network Pruning, arXiv:2003.02389 [cs.LG] arxiv.org/abs/2003.02389
Post Script
Artificial brains may need sleep too
June 2020, phys.org

"We study spiking neural networks, which are systems that learn much as living brains do," said Los Alamos National Laboratory computer scientist Yijing Watkins. "We were fascinated by the prospect of training a neuromorphic processor in a manner analogous to how humans and other biological systems learn from their environment during childhood development."
Watkins and her research team found that the network simulations became unstable after continuous periods of unsupervised learning. When they exposed the networks to states that are analogous to the waves that living brains experience during sleep, stability was restored. "It was as though we were giving the neural networks the equivalent of a good night's rest," said Watkins.

Posted by Self Replicate at 6:19 PM No comments: 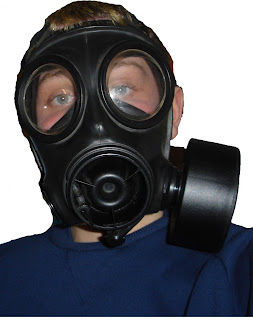 Global pandemics are real good for motivating exposure scientists to identify threats in the environment. Add to that the threat detection capabilities of chemosensation (smelling), and you've got some ingredients for a burgeoning field of study that overlaps with olfaction-inspired technologies.

Olfaction is for threat detection perhaps above all things, so it is fitting that we see this application become more common. One common use already being implemented by the company Aclima is the distributed air-quality sensor network for pollutants:

The IGZO thin-film transistor acts as both an electronic component of the device and also as the NO2-sensing layer. The strongly electron-accepting NO2 molecule is drawn to the electrons on the transistor's surface. The more NO2 molecules that adhere to the IGZO, the more electrons are depleted from its surface, altering its electronic output and triggering an NO2 detection alert.

After a detection event, the sensor is reset by reviving the IGZO layer with the light from an integrated blue LED. Similar to a solar cell, the light generates negatively charged electrons and positively charged holes in the IGZO, which neutralizes the adsorbed NO2 and releases it from the surface. "This is the first study to achieve sensing and revival of a semiconducting metal oxide-based thin-film transistor sensor at room temperature," says Surya.

*Nitrous oxides (NO2) are a by-product of burning fuel, just like carbon monoxide, carbon dioxide, and sulfur oxides, and all of these are harmful to human health.

And here's another related report:

Researchers in the USA have developed a graphene-based electrochemical sensor capable of detecting histamines (allergens) and toxins in food much faster than standard laboratory tests.

The team created high-resolution interdigitated electrodes (IDEs) on flexible substrates, which they converted into histamine sensors by covalently linking monoclonal antibodies to oxygen moieties created on the graphene surface by a CO2 thermal annealing process.

As an additive manufacturing method that only deposits material where it is needed and therefore minimizes waste, aerosol-jet-printed sensors are low-cost, straightforward to make, and portable. This could potentially enable their use in places where continuous on-site monitoring of food samples is needed to determine and maintain the quality of products, as well as other applications.

Using a process known as capillary action, akin to water transport in plants, the device uses evaporation to wick fluid that mimics the features of human sweat to a sensor for up to 10 days or longer.

"We expected that the flow of the model sweat will be suppressed by the deposition of a salt layer inside the drying pad," Velev said. "By following the flow of model sweat, we found, quite surprisingly, that such a simple paper construct can achieve continuous sweat pumping and disposal for very long periods."

"The biological markers or drug metabolites that seep in the patient's sweat over a long period will be captured on the paper pad and preserved in a time-stamped manner to be analyzed later, similar to tree rings preserving the record of tree development," Dickey said.

The exposome - When our environment drives health and disease

From this press article: The exposome is the sum of all the environmental drivers of health and diseases: a combination of external factors such as chemicals contained in the air, water or food, and of internal components produced by our organism in response to various stress factors.

Posted by Self Replicate at 11:56 AM No comments: