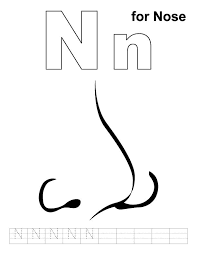 AKA The Nose Decoder

It will be a very long time before a robot can smell, but it seems we are now a giant leap closer.

Researchers at New York University's Langone Health Center have simulated olfactory perception with a synthetic electronic odor signal. In laymen's terms, mouse noses were tricked into thinking they smelled something when it was actually just an electrical signal. This is kind of like the way you can open someone's skull and zap certain parts of their brain, and they will feel tingles in corresponding parts of their body, even though you're not touching those parts of their body (don't try this at home though).

In this case, the brain-zapping was accomplished by way of optogenetics, a field that if you don't know, you better, because it's taking over neuroscience.

Optogenetics is where you genetically modify neurons to be sensitive to light in the same way they are normally sensitive to electrical impulses. This creates neurons that can be activated with light instead of electricity. Fiber optic cables are then threaded to these light-sensitive neurons, giving us control at the individual neuron level, and in the case of this study, it gave the researchers control of a bunch of olfactory neurons all at once (although in the paper you may see them refer to these as "glomeruli," which are like bundles of neurons that share similar coding patterns). And for reference, the only way an olfactory receptor, or glomeruli, in your nose has ever been stimulated has been with an odorous molecule, and never with an electrical signal. (Someone feel free to correct me on this.)

Scientists who study these kinds of things; they care. If you can make a mouse think it's smelling something that you created from scratch (i.e., an electrical odor representation), then you can modulate that signal however you want, and test the effect on the other end. With actual odor molecules, which are the usual way to stimulate olfactory neurons, this is too difficult.

I can try to explain the importance of this in one other way -- Let's say you get your whole nose-brain hooked up to these fiber optic light tubes. (You would first need to re-code all those genes to be light-sensitive, of course, so I hope you have a good insurance plan). Now every single neuron that lets you smell can be both activated and monitored by pulses of light.

Then we have you smell a whole batch of real, molecular odorants*, and we watch the electric signals that naturally fire in your nose-brain as a response to those signals. We record those signals, and then recreate them with electrical impulses (or light pulses), and all of the sudden, you can smell the same odors, but without the odorants.

We would then have reverse engineered the signal on the receiving end of the olfactory system. This is ultimately how the artificial cochlea was created, and the artificial retina. And now you can go ahead and ask the owner of Neuralink how far away they are from threading these cables into our olfactory epithelium, and also whether your insurance covers optogenetically-enhanced genes, and you will be one step closer to the future of olfaction. And the next time we go into global lockdown (100 years from now?), we will not suffer for lack of olfactory stimulation.

*The term "molecular odorants" has not had to exist until now, kind of like an "acoustic guitar" did not exist until the advent of the electric guitar.

Post Script:
There are also some interesting results from this study that support the mostly-uncontroversial yet definitely misunderstood theory of information processing in the olfactory bulb, which is that the detection of odor-representations is more of a combinatorial process, and less of a one-to-one system of odor molecules and neuron receptors. And, this combinatorial perception theory is a primary reason as to why we cannot comprehensively organize olfactory experience into subsets or primary odors. (And the reason for writing a book about the language of smell.)

Posted by Self Replicate at 12:46 PM No comments: