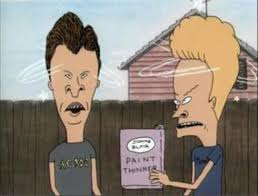 New Jersey is home to many of the world’s perfume makers. Eric Schlosser, in his Fast Food Nation 2001, calls it the Flavor and Fragrance Corridor (referring to the strip of I-95/NJTP that runs through the middle of the state and upon which are located many buildings critical to the global flavor and fragrance industries.)

It’s no wonder that someone would come up with the bright idea to steal a buttload of perfume from one of these places. $30,000 worth, right in the trunk of his car.

So that’s what a trunk’s worth of perfume costs. But wait, let’s consider this – the ingredients themselves cost about 100 times less, which is 300 bucks. Which one is crazier: that you can get a year’s salary by filling a uhaul with stolen perfume, or that fragrance designer (under the guise of a brand name of course) can turn one dollar of oil into a one hundred dollar bottle of oil?

Then again, Salvatore Dali was known for saying that all artists are alchemists because they turn paint into gold. Those fake Vermeers sure went for tens of thousands of dollars, and well, they weren’t even “real” paintings.

Notes:
Man charged with stealing large amount of perfume from work
May 2016, NJ.com

What Exit – The Smells of the New Jersey Turnpike
2015, osmias.com

On Hindsight and Blindness
2012, networkaddress.blogspot.com
(about the Vermeer forgeries)

Posted by Self Replicate at 2:44 PM