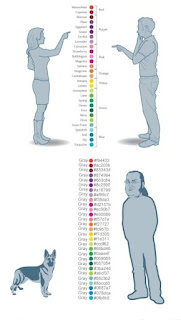 The inquisitive soul will immediately come upon two major entities acting as the gatekeepers of odorant-information. These are the fragrance industry and the scientific discipline of organic chemistry. Each one has its own way of making it very difficult to make sense of the smells around us – but in particular the aroma compounds that combine to make up those smells.

Flavor and fragrance are certainly enmeshed, and so the food industry is very close. Both are organized into only a handful of companies. It is with great power and airtight secrecy that they operate. The discovery of new aroma compounds, and of cheaper methods of replicating known ones, is a critical endeavor for their business. Keeping these discoveries unknown to competitors is even more critical.

In instances where a significant aroma has been synthesized, a trade name is given – but that is all. No other chemical clues are released, as not to inform the competition. In fact, in the case of the synthetic musk Phantolide, the international body of chemical nomenclature had no name for the molecule for years after it was discovered by the fragrance industry. Anecdotally, many of these “discoveries” by the fragrance industry were actually accidents of other pursuits, such as explosives (synthetic musk) and anti-depressants (“marine”/Calone).

Fragrance companies don’t supply the public with information about aroma compounds, but about Fragrance – artfully crafted combinations of aroma compounds. And in the case of masking-fragrances, where the intent is to use a good smell to camouflage a bad smell, the scent is invisible by design, and the public isn’t even supposed to know it exists in the first place, let alone seek information on its molecular components.

And so not only is it in direct opposition to the business model of a fragrance company to divest information about its products’ ingredients, their desire and capacity for discovering new compounds is greater than publicly-funded, publicly-accessible scientific discoveries.*

There is no such thing as a public arts fund for Fragrance, and so there is no knowledge acquired in the process of this craft that can be availed to the public. A passing thought: in comparison to the visual arts and music, smell-as-art is completely “patronized” by private industry.

*The presence of the amateur perfumer community warrants mention on this subject. The online community of basenotes.net is one of the few places one can go to search through conversations about smell from such a diverse and knowledgeable people.