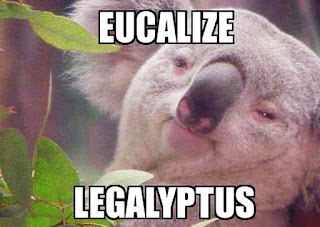 First of all - odor-color synaesthesia.

Maybe you've heard of people who hear colors, or see letters as being colored, or some other mismatched combination of the senses. That's synaesthesia. But seeing odors as colors (or more generally, as "visual experiences") is definitely a rare kind.

This special neural tweak, however, makes people better at naming odors - something humans are plain bad at. (There's stories of people who eat peanut butter sandwiches every day of their life being given peanut butter in a smell test, and they can't identify it.)

Synaesthetes were tested by olfactory language expert Asifa Majid and colleague Laura Speed to see if they were better at odor recognition, and it turns out they were.

Hidden Scents was in fact supposed to be named Hidden Sense, but alas, I didn't want to get things confused with this interesting work:

The Hidden Sense: Synaesthasia in Art and Science, by Cretian van Campen, MIT Press 2007.
Posted by Self Replicate at 1:58 PM