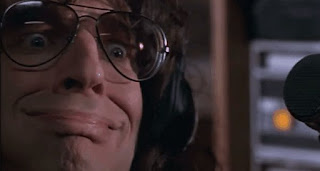 You may have recently read this article about an ancient Hawaiian fungus that induces spontaneous orgasms in women, and yet makes men twist their heads in olfactory disgust.

I can say comfortably, that this is probably bullsh*.

The scientists in this study say there may be a similarity between the vapors of the fungus and neurotransmitters released during sex. This is their tentative explanation.

Firstly, the “neurotransmitters released during sex” are the same ones released when we eat a Big Mac, but this fungus isn’t giving people indigestion and feelings of inadequate body image, now is it?

Wait, first-first, anything described as “ancient” is probably bullsh*. Also – things originating from exotic places that you will never go and most people don’t know much about (like tropical islands in the middle of the Pacific Ocean, yes, probably bullsh*).

Secondly, and I am no expert, but I am pretty damn sure that there is absolutely no way that smells have anything to do with neurotransmitters. That’s like saying you can eat a Chevrolet because it can use a drive-thru. It’s wrong in more than one way.

But who cares what I say. Snopes has the best answer:

“It’s a single, (two-) decade-old study that was conducted with a very small sample group and published in a minor journal, one which has not since been replicated or vetted by other researchers in the scientific community.”

There is a type of fungus that can instantly induce orgasms in women with its smell
May 2018. The Independent

Posted by Self Replicate at 1:51 PM