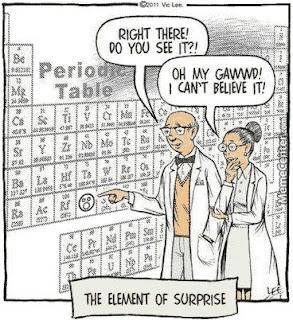 It's a problem for many a fragrance-wearer – you trial and trial vial by vial until you find that one scent that is totally you. It smells great in the beginning, the middle, and at the distant end of the day. You even get compliments when you wear it.

But then, this cruel phenomenon of odor detection takes over. It's called nose fatigue, and the way it works is that the more you smell something, the less you smell it. It's the reason Febreeze didn't work in its first instantiation as a deodorizer (people can't smell when their own house needs deodorizing) and it's the reason people tend to bath themselves in their own perfume.

It does make sense, and is similar to the fact that you don't always hear your refrigerator buzzing, or a clock ticking (do people still have ticking clocks in their house anymore?). You also don't see the mess of bills that has all but hidden your kitchen table (do people still get paper bills?).

It's all about bandwidth, a word which has expanded its definition to now refer to "attention span." We don't have the bandwidth to notice every stimulus that wiggles our receptors.

But there is a product that aims to sidestep this problem. They devised a snappy marketing product at last year's Consumer Electronics Show in the form of an advent calendar. The idea is to first offer you a bunch of scents, to establish a preference profile. That's the 25 Days of Christmas part.

In this video, a reporter from the BBC samples the advent calendar. It's ironic how he smells all two-dozen scent tabs at once to gauge his "scent profile," because that generates a lot of nose-noise, making it hard to gauge preference. Hence the clever marketing approach to package it as an advent calendar, which is meant to spread the sniffs out over many days.

The real value comes from their smart-diffuser, which combines your preferences in differing amounts to provide you with a dynamic environmental aromacloud that doesn't negate its own signal over time. Every day is a surprise!

Notes:
CINQ makes intelligent fragrance diffusers that allow you to mix and match from 5 pre-filled fragrance capsules to create your own Personal Fragrance Profile - the combinations allow you to design combinations that have never been smelled before.