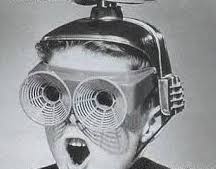 I've been catching up on the more recent advances in olfactory research, and got lost in a paper from 2003, where they make an olfactory perception database out of co-occurring semantic descriptors from the Sigma Aldrich catalog.

The standard olfactory perception database has grown substantially in the past several years, so we won't go into their results, but I did want to pull an interesting point from their conclusion.

Their data is organized not by chemistry, but by metabolism, and they describe the olfactory system as being able to "recognize metabolism." Our sense of smell is capable of identifying metabolic processes in biological systems. This is one of those things that makes smell so taboo to talk about. Me and you are biological systems.

Throughout the entire book I wrote about the language of smells, not once did the topic of privacy or intimacy come up. But it could have; a major reason why we don't talk about smells is because they remind us of the power held over us by those who get close enough to smell us.

Your scent carries with it information that you wouldn't exactly want to advertise to everyone. The biologic, metabolic activity taking place behind your skin, inside your digestive system, throughout your endocrine network, that information is pretty personal. But I can find out about those things, if I get close enough. Maintaining a general approach to just not talk about smells is probably a good idea all around.

Post Script:
And this focus on metabolism is why I would like to see the metabolome tied-into other olfactory perception databases.

Notes:
"Descriptors used to classify molecules containing nitrogen or sulfur were clearly segregated in the odor perception maps. Because these molecules are key atoms in different metabolic cycles, it was proposed that human olfactory perception reflected the organization of animal and plant metabolism."