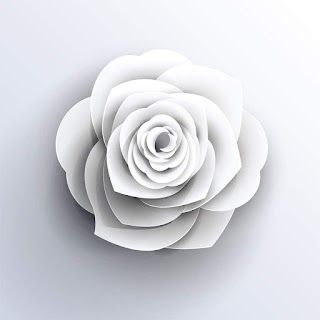 I have really met my match. In the world of smell, where language is a game more than a utility, there is one group of researchers who have finally said f*** it. They took all the words out, smashed all the molecules together, presented a bunch of people with their sniff panel, and recorded the responses. (This study is from 2013, but still worth writing about, since this is pretty important point in smell science.)

And it worked. They found that we don't smell molecules; we smell mixtures of molecules. In their words: "The algorithm that worked best was one that treats the odor-mixture as a single value, rather than a bunch of values reflecting each of its components."

They also found that "Pleasantness is the primary odor dimension in human olfactory perception," but we already knew that.

The Study
They use mixtures of 1 to 43 different components, making each 191 mixture-pairs in total, each having 1433 physiochemical descriptors (via the Dragon dataset), and gave them to 48 people.

The Findings: Pairwise Distance Model for Predicting Odorant-Mixture Similarity
They pit the molecular mixtures against each other and have people rate their similarity.
Again, "We found that the mean pairwise Euclidean distance over all the descriptors of all mono-molecular components comprising any two mixtures was a poor predictor of perceptual similarity between the two mixtures." But it gets even better, because apparently they're saying that the weak predicting capacity is because the data is screwed up by the monomolecules' comparisons to themselves! Maybe I'm wrong here, but I think they're saying  people gave different ratings for the same pairs of molecules at different times in the test, and those ratings changed so much from time to time, that they make the model no good.

The Findings: Angle Distance Model for Predicting Odorant-Mixture Similarity
This is the meat of the study. They came up with a statistical regime to turn the odor mixtures into a perceptual whole, that way it could be manipulated as if they it was an individual odor.

Just about every smell-science experiment like this will use odors that have been very carefully isolated – single molecules with single names (let's not kid anyone here, any particular molecule can have a dozen different names, from the local vernacular to the formalized IUPAC designation). The point is that molecules are typically isolated. Because science likes that. Lumping molecules together is messy. But that's also how we interface odors in the real world.

So they made this study more like the real world. They take all the physiochemical components of each molecule, add them together, and divide by the norm. That makes the mixture-odor as if it were a single odor, with a single vector (a single point in multi-dimensional odor-space). And this was the model that worked.

If you take its higher logical plateau, you end up with Olfactory White, one of the most mindbending osmological facts you'll ever comprehend: if you add enough molecules together, it doesn't make "brown paint" like colors do, it makes the mixture smell like nothing. Sure enough, these researchers found that the more components you add to the mixture, the closer the mixture gets to every other mixture (approaching 30 components).

A very important note here is that these odor mixtures were made to be all the same intensity. (This was done in the Olfactory White study as well.) Odors can have very different perceived intensities, and it's more than unlikely that this would ever happen in the wild. I can't help but get into some quick industrial hygiene here: the odor detection threshold for Ammonia is 50ppm; Acetone 100ppm, Trimethyl Amine (rotten fish) 0.0002ppm, Hydrogen Sulfide (rotten eggs) 0.005ppm.

Another extension of this study is maybe not so logical, but certainly an important point in smell science: we can't identify individual components of a mixture of only 4 components. You think you know what peanut butter smells like. And pineapples, and cinnamon. But if you add one more thing to that mixture, they all fall away, losing their identify on your great epithelial equalizer.

Conclusion
"The olfactory system treats odorant-mixtures as unitary synthetic objects, and not as an analytical combination of components."

Limitations
Being that they have three clear limitations, they should be included here:

1. The mixtures were intensity-normalized. This is not natural, because perceived odor-intensity changes drastically across odors. See mention above.

2. The odorants represent only a limited portion of olfactory perceptual space (not much we can do about that, since it's kind of infinite).

3. Many physicochemical features such as boiling point or vapor pressure remain unrepresented (they narrowed down the features from ~4,000 to 25).

Post Script
Food Steganography with Olfactory White
If you don’t know what the word steganography means, you do know: camouflage. Think about it – you don’t like broccoli? Blend it with enough other smells and you won’t even notice!

Olfactory White also its own name, and it’s called Laurax.

Posted by Self Replicate at 7:20 AM