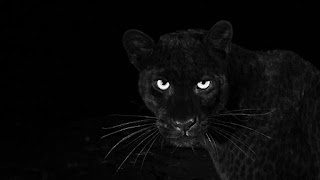 It's that time of year again where the smell of feral cats marking their territory scents your local neighborhood. Only it's not actually the cats, it's the plants themselves. English boxwood to be specific. At the right time of year (which is now in New Jersey), these popular shrubs are announcing their presence via the sharp smell of a well-used litter box.

The offending molecule, called “cat ketone,” is also a main component in blackcurrant. Pour yourself a dram of blackcurrant desert wine, take a sip, and then smell the inside of the glass. And there you'll have it. Now take a walk around the block (anywhere from August to October), and pay attention. Once you tune in, you'll notice it every time you pass one of these bushes.

Sometimes we actually like bad smells. Rather, we learn to like them. Maybe it has something to do with our ability to control the biosphere so expertly. We have refined the practice of fermentation such that it has become an integral part of our diets. Bread, beer, cheese, kimchi, sauerkraut, chocolate; all these things are fermented. Fermentation is controlled rotting, and it's unnatural. (It's described way better in this book about fermentation that won the James Beard Award in 2013 for Reference and Scholarship.)

Uncontrolled rotting makes bad smells. Controlled rotting still makes bad smells, but less. And we learn how to ... re-evaluate those bad smells in light of their finer attributes. "Parmesan cheese" (isovaleric acid) comes up a lot in regards to this. If you put isovaleric acid in a hundred small bottles and give them to a hundred people, half will call it gross and the other half will love it. I call it quantum hedonics, but you can just call it an acquired taste.

Here’s  a picture of a boxwood shrub: 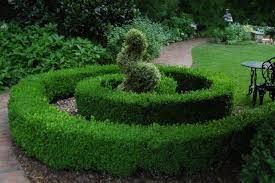 Taking this from an article by Smell-Linguist Asifa Majid:
The Chukchi and Yupik of the Beiring Straits eat fermented fish, reindeer blood, and walrus fat and have even been said to have a preference for partially decomposed food.* This is reflected in vocabulary too: for example, Chukchi veglyt’ul ‘old edible’ versus pegyt’ul ‘old, should not to be eaten’; ... .
*Yamin-Pasternak, S., Kliskey, A., Alessa, L., Pasternak, I., Schweitzer, P. (2014) The rotten renaissance in the Bering Strait: Loving, loathing, and washing the smell of foods with a (re)acquired taste. Current Anthropology 55: 619–646.

In the Soviet era, some indigenous people were no longer exposed to these foods and odors; thereafter when the Soviet Union collapsed, younger people who had to go back to the fermented foods (or starve) had difficulties ingesting these potent odors. This goes to illustrate the importance of early experienced environmental odors.*
*Beauchamp, G. K. (2014) Foul odors of rotted food: Lessons from olfactory physiology. Current Anthropology 55: 634–635.

That all being said, it's not a bad thing that your blackcurrant apertif smells like civet; it's enriching your experience, and that's a good thing, right? Or would you rather not know?

And here's a similar molecule that you can get as part of the AROXA Beer Taint Kit:

Notice below how this substance is described on the Good Scents Company directory for blackcurrant. They are used by the flavor and fragrance industry, so they are less likely to use the words "cat piss." "Catty" will suffice!

Notes
The Art of Fermentation: An in-Depth Exploration of Essential Concepts and Processes from Around the World
by Sandor Ellix Katz

Winner of the 2013 James Beard Foundation Book Award for Reference and Scholarship, and a New York Times bestseller, The Art of Fermentation is the most comprehensive guide to do-it-yourself home fermentation ever published. Sandor Katz presents the concepts and processes behind fermentation in ways that are simple enough to guide a reader through their first experience making sauerkraut...
-goodreads link

Post Script
Civet is a kind of animal musk taken from a kind of cat/mongoose. It’s used in perfumes because humans like the way it smells. Maybe it reminds us of the “quantum hedonic” natural body odors that we wash off every day. Civetone is the name given to the molecule that most represents the Civet smell.

Posted by Self Replicate at 1:01 PM