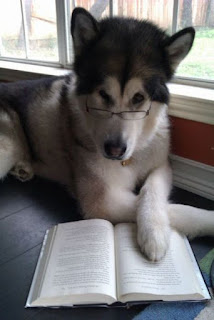 Alexandra Horowitz is a teacher of psychology, animal behavior, and canine cognition at Barnard College, Columbia University, in New York City. She is also author of Being a Dog: Following the Dog Into a World of Smell, and she knows what she’s talking about because she learned from the best, i.e., her dogs.

There aren’t too many books out there dealing with smell by itself – maybe as an overview of all the senses or as a guidebook to mixing perfumes, but not about the act of smelling. The few that are there remain important works of a rare subject, and this book is a sure addition. In Being a Dog, we get to be both a thinking human, and the nose-brain of a dog, discovering all the information around us that is invisible to the eye.

I would like to use this space to archive my notes; she has some really good neologisms, and I’m into that as it is, but she also has some real sharp one-liners: “The nose is the stepchild of the face.” –p79

First, let me take the one part where she most elucidates the language of smell:

“In English, most words for smells are words for their sources. To name it – to know it – we want to know where the smell comes from. If the smell and the source are not the same, our work is to resolve them satisfyingly.” And this is the only time we really begin to think about smell, is when we can’t find its source, or it does not match its source. If it “wanders off” before we figure it out, we’re frustrated. “If the smell is traced to its source and its name, it feels truly caught, captured, collected.” –p74

On information and the informant:
What the dog sees and knows through his nose is incredibly rich. “Every inhaled gulp of air is full of information.” –p2

On what urine can tell a dog:
Male or female, ready to mate, recently ill, having recently eaten, and even age: “They smell their age, age is but a metabolic process, chemistry. And chemistry smells.” –p13

While studying self-recognition of scent, she moves a dog’s pee to another location, to try and ‘trick’ the dog, and she calls this an “olfactory mirror.” –p24

Here is a reference I get via her mention on the smell of old books, p68:

Metal does not smell, but there is a thing “smell of metal” and it’s caused by human sweat/bacteria on mental, p82:

Astronauts can’t smell. Gravity doesn’t pull the mucus down from their sinus cavities, so they’re always congested. They can’t taste their food either so it has to be extra-flavored. –p86

Feynman smelling books (this is one that really bothered me, because how did I not come across this in my own research) –

A party trick of Richard Feynman was to ask three guests to each handle a book from his library, and then he would go back and present each book to the person. “You just smell the books.” –p104

The snarl. She goes like this:
40% of subjects over 70 can’t flare their nostrils. But when you try to flare your nostrils and you can’t, it looks like you’re making a snarl face. And so she says that this face could be communicating the inability to smell (like, for example, when something really foul is in your face and so you don’t want to flare your nostrils and let it all in). Now, the snarl becomes a message of disgust (remember the gustatory-taste origin of the word) by saying “you are so disgusting I refuse to even smell you!”–p111

She is reliving the memory of an unmarked scent in a bottle, familiar, but forgotten. Immediately, as is always the case, she asks first, “Where am I,” (an old house), and then, “Is there anyone else here?” –p122

These two questions highlight the preferred channels by which smell interacts with our brain, and with our memory specifically. Place and smell are tied together, and once put together, can’t be separated easily. And maybe the only thing that can do this separating is an overwritten memory of a person. Because people are number two. It’s always – where was I, and who was I with. The hippocampus.

Emergency workers at Bellevue Hospital were trained on a “ten test tube sniffing bar” of common poisons in the 1970s. –p176

Kenny JC. The valuing, educational preparation and diagnostic use of the olfactory sense in nursing practice. Dissertation, Adelphi University. 1989.

Being a Dog: Following the Dog Into a World of Smell
Alexandra Horowitz. Simon and Schuster, 2016.

Posted by Self Replicate at 2:39 PM