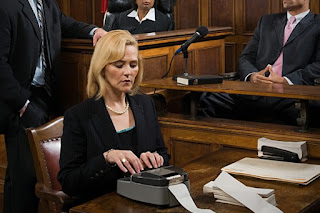 It is occurring to me now that Asifa Majid must be a patron saint of Limbic Signal. Besides being the most often cited scientist on this site, she is also, as far as I know, the only academic researching the language of smell.

I’m not sure where she spends more of her time – with the people who live in the Bay of Bengal, or at her university in the Netherlands – but as a result of her work we get to learn more about the rich odor vocabulary of those people, and about the way all of our minds translate sensory experience into language.

In this new work, she compares odor-words used by both the hunting-gathering Jahai people and post-industrialist Dutch people. And it turns out that the Jahai actually had words for smell-types whereas the Dutch referred to smells only by their source. So for example, what I am calling smell-types, are Jahai words referring to “stinging smells,” vs Dutch words referring to “a garbage truck.”

As a whole, she also found that both groups responded in similar ways. Whereas the Jahai had more agreement on the descriptors and with a faster response time, the Dutch gave a wider variety of answers for the same things and struggled to come up with answers at all.

The one thing they did have in common – and this is a nod to the role of the limbic system – their emotional responses to the tested odors were all the same. They know this because they all made the same negative facial expressions in response to similar smells.

Smell as a Window to the Human Condition
The use of facial expressions as a way to measure smells has a long history. Before babies can talk, they can sure make faces, and so scientists can use those expressions to measure pleasure vs disgust. Or at least disgust. (I don’t think the markers for pleasure are as clear and identical across populations, or at least as a measurement for olfactory hedonics – the pleasure or disgust that smells can cause.)*

But that is a momentary digression – we must now get into the depths of this conversation about olfaction, perception, culture, and human-ness. The press release from Radboud University Nijmegen articulates the crux very succinctly: “This suggests that although culture shapes language, odors are perceived in the same way across the globe in diverse cultures.”

First off, this last bit about universal perceptual responses implies that we have a preference hardwired into us, making some smells good and some bad, determined on the day our code was written. But we learn what is good and what is bad, in regards to smell. It is enculturated into us from before we were born.

If there is a common thread running through all humans that makes us like some smells and dislike others, it is because we are constrained first biologically, then culturally. Culture or not, we will learn that human waste is bad, and that it smells bad, even though we may not know it at first. It is simply a matter of probability and statistics – chances are we will all come to find human waste disgusting, and those are not the same chances as whether someone will find aged cheese disgusting or not. We have to learn to like aged cheese, and kimchi, and just about all fermented things.

On Lanugage, Words, and Cognition
Hedonics is easier to talk about; it’s pretty black and white. The semantics of olfaction, however, that’s the hard part. The core of Majid’s work deals with the language of smell, and by extension the Whorf hypothesis, and figuring out what is universal to the human experience and what part is driven into us by our culture. She compares the opposites, the hunter-gatherers and the post-industrialists, using a very clever metric – measuring the way they use language to describe olfactory experiences. She wants to find out what is left when their respective cultures cancel each other out. (Actually, I’m not sure what she wants from her work, but that’s what I want!)

Majid’s metric is clever to be sure, but it’s a slippery one, and for me it brings with it enough trips and falls to write a book, which I have. And it goes something like this:

"There is no language for smells, because it bypasses the language centers of the brain.”
-Hidden Scents

By some accounts, I am wrong. But this is about the grey areas, not the black and whites or rights and wrongs. I’ll continue with a longer passage from a concluding section in my book where we look at a situation similar but different:

In the Bay of Bengal live the Ongee people. A “nose-wise” society, they treat olfaction with as much importance as Western vision. When the West once asked the Ongee for help in making a map of their land, the Ongee man responded: “All the places in space are constantly changing. The creek is never the same; …. Your map tells lies. Places change. Does your map say that?” (Pandya 1991). Smell is like this. Whether through the meanderings of history, or the chimerical configurations of post-modernity, smell is always changing. The Ongee are right; there are no maps, no categories, and no lexicon to show that.
Pandya V (1990). Movement and Space: Andamanese Cartography. American Ethnologist 17:775–797.

The people in question do not use language in the same way as the scientists studying their ways, and so the very word “language” must be clearly defined. Here’s a reminder: in conducting linguistic studies upon many indigenous people, the first thing the intrepid scientist must do is to explain what a word is. That's right, the very concept of the sentence as made of simpler word-parts is unfamiliar if not unknown to certain cultures, and must be painstakingly explained before any “studying” can take place. 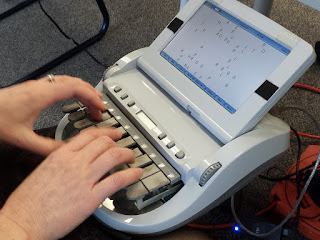 Cultural Influence
Getting to the depth of this subject on the human condition, I’ll restate an extensive passage from this site, written a few years ago:

I insinuate not even a whisper of Whorf hypothesis in this: A common Westerner of the 21st century spends a great deal of time in the virtual mindspace, very much removed from the physical environment, very much interacting not with molecules but with thoughts. There is an interstitial space which exists between the person and the world, and this is the collective mindspace of culture.

The post-industrialized human does not perform in a cycle of environmental stimulus and bodily response, but separates the two in time, opening a place for reflection and deliberation. Subjectively-conscious, self-reflective thought interrupts our direct connection with the world around us. Furthermore, systems functioning only via chemical stimuli are de-prioritized for others better suited to simulation and virtual manipulation.

The rich olfactory vocabulary of Majid’s study groups, is it not an indication of the direct reliance upon their physical environment? Instead of it proving that there can be such a thing as a ‘language of smell,’ does it not further support that the two – olfaction and language – are mutually exclusive? I believe this is a case of apples and oranges, but because the subject matter straddles disciplines (psychology, linguistics, sensory studies) it evades such critical analysis.

Concluding Thought
It’s very hard to grasp the extent to which you have learned from your culture; the totality of your programming can never be understood by you because that would break the information law that says a system can never contain a model to fully describe the system that created it.

*A Note on Negative Hedonics
Negative olfactory hedonics is the most physiologically “visible,” showing increased heart rate and activation of the amygdala in response to unpleasant odors. In contrast, neutral and pleasant odors exhibit dormancy (Alaoui-Ismaïli et al., 1997; Zald & Pardo, 1997, resp.). It is also the most nominally visible – bad smells occupy more of the odor namespace than any other distinction, making the hedonic taxonomy quite phobiaphilic (Boisson, 1997). Finally, some odor specialists postulate that such negatively valenced stimuli are processed in two neurologically distinct ways: a “quick and dirty” route for potentially harmful substances and a more “cognitively complex” route for pleasant/neutral odors (Rouby & Bensafi, 2002: 154-55). –taken from Hidden Scents

Notes:
Odors are perceived the same way by hunter-gatherers and Westerners
Radboud University, 2018

Odors are expressible in language, as long as you speak the right language. Asifa Majid and Niclas Burenhult. Cognition, November 2013.
http://pubman.mpdl.mpg.de/pubman/item/escidoc:1752755:10/component/escidoc:1878134/Majid_Burenhult_2014_cogn.pdf

Posted by Self Replicate at 1:07 PM