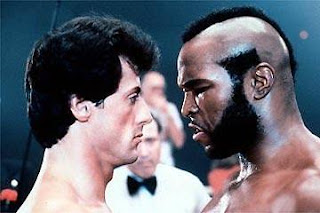 AKA Febreeze is now teaching us about more than just noseblindness

Many years ago, an odor neutralization product was released on the market, directed at homeowners, or anything-owners who wanted to get rid of bad smells without actually getting rid of the source. (When the source of your bad smell is a teenager, for example, it's harder to just get rid of it, you know?)

Anyway, it didn't work too well. When they tried to do field research to explain why their product was failing, they discovered something that they probably should've already known, having been in the odor industry - people develop noseblindness to the bad smells of their own homes.

As the researchers knocked on door after door to figure out why their product wasn't working, they discovered that lots of people lived in smelly homes. But when you live there, day in day out, you develop a kind of resistance to your olfactory environment. This is the same reason you tend not to notice the buzzing of a fridge. It's called attenuation, and it's a way for your perceptual system to conserve resources. If something is lurking in my immediate vicinity, but it's been there for weeks already, I'm simply not going to notice it, because it's not a threat. If it was a threat (or an opportunity), I would have noticed it already.

People didn't realize they needed this odor-cancelling product, and that was a problem, obviously. So they did a pretty smart marketing about-face. They taught people to use their product after already cleaning something, to make it smell even better. This is basically an air freshener, except that instead of using it after making a room smell really bad, you use it after making a room smell good, by cleaning it. Pretty genius, I must say. Unless it didn't work, of course, in which case it would be the dumbest idea ever.

It wasn't a dumb idea, because Febreeze was a pretty successful product. Things must have changed, because it looks like Febreeze is changing their strategy. Now they're using what they 'learned' about noseblindness to pit us against each other.

If you take a look at this commercial (or not, since I'll describe it right now), you'll see how one person has developed a noseblindness to their own bad smell, and hence are made fun of by another person who lives with them, and who astutely solves the problem with Febreeze.

If you can't tell that you live in filth because your brain has tuned it out, your housemate will remind you. And if you're watching this commercial at the same time you're thinking how come nobody ever comes over to visit, maybe you can conjure an imaginary housemate to convince you to use an odor-cancelling product. Or you could also just clean your apartment, because that might have the same effect.

And if you’re an entrepreneur trying to sell a product, don’t just focus on your target audience, but the person right next to them. Lucky Charms knows something about this, you know what I’m saying? Happy Meals? Nothing convinces people like the people around them. In fact, anyone abusing social media to interfere with the political zeitgeist knows this very well.

Posted by Self Replicate at 5:57 AM