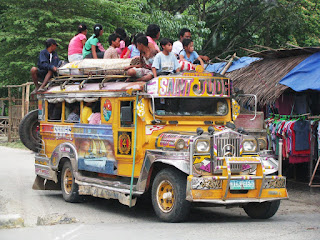 NASA is worried that SpaceX execs are threatening their safety reputation by engaging in a culture of recreational drug use, meanwhile Ford scientists are the ones trying to turn your car into an autonomous easy bake oven.

In an effort to satisfy its Chinese customer base, Ford has presciently researched basic components of a car that can smell itself and bake its own VOCs right out of it, if you're into that sort of thing.

That is to say, if you're not into "new car smell." If you ever thought a deep whiff of evaporated plastic was gross, you're not alone. It's hurting sales in China, where many customers in China find it repulsive.

Before we get to the great idea that Ford came up with to get rid of new-car-smell (while they were apparently evaporating some VOCs of their own) we have to talk about this modern marvel for just a moment.

Smell of the New

The smell of new things is an interesting category in itself. What does a "new thing" smell like? Babies have a pretty strong reputation for smelling good, on their heads at least. When food comes out of the oven, is this a "new" smell? How about when you come out of the shower?

When your car comes off the factory line, it has "new" baked right into it. But your car didn't just come out of the oven, or out of the shower, so where does this smell come from? Let's pretend, for dialectical purposes, that the trifecta of new car smell is leather, fabric and plastic.

Leather - You may think that because leather is animal skin, that the smell we associate with this descriptor is from dried skin. Not even close. The smell of animal-anything in leather is long gone before we get our hands on it. In fact, the chemicals used to treat and preserve animal skin are themselves so offputting that leather is impregnated with extra fragrance to counteract it. This overall recipe is what we call Leather, and it's added to things that aren't even leather to make us think they are.

Fabric - I am willing to bet that the smell you call "fabric" has little to do with the fabric itself. If an olfactory image was imparted to your mind as you read "the smell of fabric," it was caused by laundry detergent, which probably smells like musk (because these molecules work well with both fabric and detergent)*. If we can get more specific and refer to your impression of the fabric in a new car, then I will predict that what you're imagining is actually adhesives. Adhesives are made with strong solvents that emit a pretty intense odor, but they are required to attach fabric interiors. In the same way that some people love the smell of gasoline, magic markers and spray paint, despite their deleterious health effects, it is entirely possible that consumers can come to love this "new" smell also.

Plastic - If I say to you "brand new plastic," you're limbic system may not perk up with anticipation and nostalgia. But if I say brand new cassette tape, or new CD, or new toy, this is a different story (depending on how old you are, of course). All of these things smell great, and different, and they're all designed around the smell of plastic that is central to the product, but impossible to remove. In the case of a cassette tape, there was no intent to augment that blast of plastic air that snaps into space as it opens for the first time.** It has now become commonplace however, that the inherent smell of plastic in our products are camouflaged by masking agents, creating something else entirely.

This leads to the core of the issue - the smell of newness in your car is not a natural by-product of the material istelf. It is designed, just like every other part of it. The new car, in its un-masked odor state, does not smell "good" or "new." It smells like hot plastic and glue.

What's up China, you don't like hot plastic and glue? This comes as a surprise to many Americans who love this petrochemical harbinger of exclusivity and reward. Is it because the Chinese work in the factories that make these products, so the smell reminds them of work, not luxury? Or better yet, because they are so familiar with the base smells that they can still detect them under their olfactory camouflage? Probably not, as the folks buying new cars are not the same class of people making them. Not to mention, in America, the manufacturers and consumers were the same people, and they liked it.

Querying the olfactory preferences of a culture is not easy. The variables involved are myriad and dynamic, just as the flux of people that make it up. Here's a quick one that just came to mind - Coconut.

In America just about any personal hygiene product you can think of now comes in coconut flavor. Your shampoo, lotion, body scrub, conditioner, lip balm, lip gloss and nail polish remover jk. It's also in every food imaginable, including your gum, your cooking oil, granola bars, breakfast cereal, cookies, ice cream...in fact Coconut has dominated the American market so fully, there's probably coconut flavored pasta out there. You get the idea.

Right about the same time I was living with a sociopathic naturopath, hence my nose swimming in coconut flavored everything all day, La Croix jumped on the tropical jeepney, as it were. Now, St. Croix isn't known for it's delicious, mouth-watering flavors. It's perhaps better known for being good at negative flavor, that is, adding flavor to a thing to make it taste even less like nothing than it did before. Anyway, I tried this "flavor" around the same time my entire apartment was filled with volatile organic coconuts. It didn't taste like a drink to me; it tasted like body lotion. This is simple association, and the risk that any culture runs as they adopt a new olfactory identity.

McDonald's doesn't have the same menu or the same recipes in New York as it does in Beijing. The inside of the restuarant doesn't smell the same and that is by design not by accident. So why should cars smell the same?

This is where it gets crazy. In order to appease its vast customer base that detests the new smell of their cars, Ford has spent enough time on this to try and get a patent for it: on warm, sunny days, the car will drive itself to a safe location, roll down the windows and bake the shit out of itself. I will assume it does this repeatedly until it has no more "new" left. And only for customers who declare that they don't like new.

You may wonder why Ford doesn't try to get the hot plastic and glue out of the car in the first place. You may also wonder how an autonomous vehicle with a sub-directive to offgass itself didn't show up in any of the scifi you've been reading. Then again, it is understandable; why would they take all the "gas" out of their cars if not all of their customers want it out. Let the customer decide. And with autonomous cars a fertile crescent for innovation, there's probably way crazier ideas buzzing around their research department.

*It is true, the smell that we associate with fresh, clean linen is musk. It is so ubiquitous in laudry detergent, that it now has a stronger association with "fresh laundry" than it does to "musk," which is ironic because this smell comes from an animal's butt, and you wouldn't think that to carry a clean association.

**There is a pesticide used in my neighborhood that smells identical to a new cassette tape. I only notice it in the height of summer and don't know if it's really a pesticide, but that's my guess. Anyone having experience with this, please share.

Secrets of That New-Car Smell: A rose by any other name would likely smell like, oh, gunmetal and maybe tennis balls.
Listen to this sommelier describe a bunch of different new cars’ smells.
Nov 2003, Sherri Daley for Car and Driver

“Like smelling the palm of a well-broken-in kidskin driving glove" – and another 2003 Ferrari 360 Modena, Spider

"Very unattractive smell of cleaner of some sort. No wood or leather" – a Lexus

all these descriptions come from the abovementioned Car and Driver article.

These retailers think “new car smell” is about having no smells at all, or rather not adding new smells to the original new car smell.(?!) They sell a product that neutralizes odors.

I stand corrected; to them, new car smell is the smell of success:

Here's a few posts that may or may not be relevant.

Patent Lingo
On intellectual property and the smell of Play-Doh

Getting Old Stinks
On the smell of old people

Instant Grandpa
Make yourself smell like Grandpa in 3 easy steps

On the Science of Vintage Thrift Store Smells
Exactly what the title says it's about, but by Jolie Kerr the cleaning expert

Olfactory Comfort
WELL certification program for indoor environmental quality for buildings, for people who don't like that "new building" smell

Posted by Self Replicate at 1:11 PM