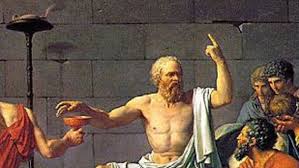 It should come as no surprise that we look to others to help us make decisions, whether they're life-changing or everyday decisions. In a new study, we see that when mice choose what to eat, they utilize "taster mice" in their group that are the first to eat from a new food source.

I'm not sure what makes one a taster-mouse in the first place, but they do exist. In order for mice to decide at the colony level whether they should be eating from a certain food source, they don't ask their friends, and they don't check their newsfeed. Instead they use the smell of taster-mice whiskers.

In reality, mice don't do anything. Their brains are programmed by the smell of the taster-mice to steer them towards some food sources and away from others. Their repeated olfactory interactions with the taster mice and the social network they subsequently inform will rewire the neural network in their prefrontal cortex – the place where decisions are made. This alteration links the olfactory cue from the taster-mice to the reward center in the brain, which then motivates the mice to find that smell again.

We can think of all preference as following a similar pattern of social interaction and propagation. Taster-mice function as hubs of their social network. The difference is that humans are a bit more sophisticated. Instead of just transmitting the smell of safe, available food, the hubs of human networks spread styles, preferences, ideas, and information in general.

The interesting corollary is that in mice, the olfactory cues are literally re-wiring the pleasure-seeking centers of their brains, whereas in humans, all kinds of cues can redirect our behaviors. Olfaction is already known to be so tightly integrated with our decision-making and reward centers, but when the actual process by which this takes place is extrapolated to other senses, it suggests that we are way less in control of our own thoughts, desires and behaviors than we may think.

Post Script
By the way, casually mentioned in the article that presented this study, was the practice of "erasing memories" in the mice in the study. It's a technique used in optogenetics where a single neuron is zapped. I'm pretty sure it was only a few years ago that we first heard of this technique, and now it's just thrown in there like de rigueur. Eternal Sunshine here we come!