Post-Truth is the Word of the Year 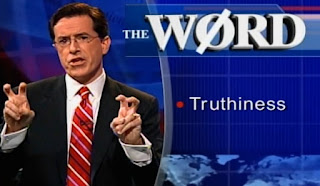 Let’s hear about it, from the BBC article:
“It is defined as an adjective relating to circumstances in which objective facts are less influential in shaping public opinion than emotional appeals.

“Mr Grathwohl said: "Fuelled by the rise of social media as a news source and a growing distrust of facts offered up by the establishment, post-truth as a concept has been finding its linguistic footing for some time," he said.

Posted by Self Replicate at 1:48 PM