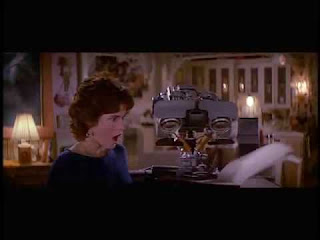 The next generation of artificial intelligence is here; we’re teaching robots how to think like humans more and more each day. You might not call them robots, but instead artificial intelligence programs tasked with simple operations like visual recognition or speech recognition. They are different from conventional AI programs in that they learn how to do things instead of being told what to do. So, in short, these programs are a lot more like humans in that they have a new way of “learning,” and it happens to be a lot like the way our nose-brain makes sense of the world.

This new AI approach is called, in shorthand, ‘neural networks’ or ‘deep learning.’ Our sense of smell works a lot like a neural network, putting together various layers of recognition, until entire episodes of experience are encoded or released.

These neural networks have been coming up in the news quite often as of late, so I thought I’d re-post some of the good explanations and examples, all of which come by way of Google Labs and Wired magazine. If you’re interested in these things, check out some of Hidden Scents, as it comes around to the concept of neural networks quite often.

Wired writer Margaret Rhodes writes a piece for those wondering "what the f*@k neural networks are and how they work," but she also links us to Daniel Smilkov, a member of Google’s Big Picture Research Group, and Shan Carter, who creates interactive graphics for The New York Times, who both wanted to teach people what these things really are. Play with their amazing interactive here: http://playground.tensorflow.org

Later on, another article by the same Wired writer, Margaret Rhodes, shows us how Google’s deep learning AI plays such a mean game of Pictionary. And again, notice the trend towards managing ambiguity that these new methods are so good at.

“But the game’s accuracy, while impressive, isn’t what makes it a powerful learning tool. It’s how, by observing the way Google responds to your doodling... The lesson: To understand the whole, neural networks need pieces of data that not only connect but build on one another, piece by piece.”

Posted by Self Replicate at 3:15 PM