AKA Isonitriles
AKA The Godzilla of Smells
-Luca Turin 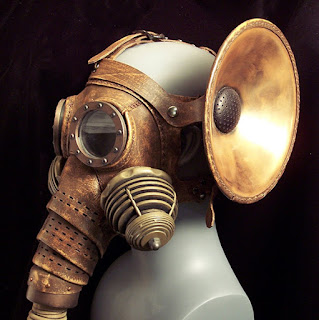 First, here’s some common bad smells, taken from an entry on Stink Bombs

Smells can instigate a physical response like no other sense. The sight of a disinterred body might reflex your neck, but it’s the molecules that make you lose your lunch, not the photons. There is debate about what is the worst smelling thing, and it’s one that can never be resolved, because people simply don’t smell things the same.

Because they are so context-based, smells can change drastically from person to person. Perhaps the best example of this is isovaleric acid, which smells like both vomit and Parmesan cheese. Isovaleric acid is called delicious by half the people smelling it, and disgusting by the other half. (This depends on the study group; I believe this is an aged-cheese-eating, western-culture-biased pattern that would change for kimchee eating cultures, or sauerkraut, or Durian fruit.) But the point is that the response is fifty-fifty, and there’s no way of telling which will come up.

And just think of the obvious – people don’t mind their own body odors as much as they do those of others, even though they are, for the most part, made of the same molecules.

Speaking of non-lethal weapons, the military uses bad smells for things like riot control. You’ve got the U. S. Government Standard Bathroom Malodor bomb, which smells like a filthy outhouse, and the Who-Me, which you would think smells like farts, but is described as rotting flesh.

It’s important here to recognize that these are the best odor cocktails they could come up with, but they are not absolute; they will not work for everyone. If someone were to have a specific anosmia to the major constituent molecule of this military stink bomb, it would be powerless to them. (And half the population has odor-blindness to at least one of the sixty known anosmias, most of which are “bad” smells.)

This is where the isonitriles come in. I imagine they are not used in non-lethal weaponry because they are in fact toxic. And they have a reputation for being the worst smelling thing ever, but not exactly for the reasons you might expect. They mess with your mind just as much as your nose.

Let me first drop a description from a working chemist:
The smell is indescribable. Not that it is so ungodly beyond all expected levels of stink, which it approaches, but more it is like nothing you have ever experienced and your brain while certainly repulsed to the extreme, struggles to define it. A double assault at your senses. It has a persistent linger on everything that comes near it including your neurons. Much like a horrible picture you see that can’t be purged from your mind. Even after the scene changes you are left with a ghost difficult to eradicate. While HCL + alcohol cleans off hard surfaces well, it does nothing for your memory.
-ordenblitz, 2014

And a more full-bodied description:
Witnesses to the stench claim words cannot describe it. But after reading many firsthand accounts of their ordeals, one begins to piece together a dim picture of the odor as a sort of beast that takes the whole sensory apparatus hostage, leaving victims feeling abused and violated. Like a brutal tyrant, it seems, the smell makes itself felt even after one leaves its immediate presence.
-source

I find it very interesting that this description relates so much to the White Smell discovery that won a nobel prize relatively recently. It is also a smell that cannot be described. It doesn’t smell like anything, yet you know it when you smell it. The way it works is you level all the intesities of the smells in the mixture until they just cancel each other out. Grapefruit is nice at low doses, but can make you gag in higher concentrations. You would adjust the concentration of it, and the others in the mixture, until all the smells are technically invisible.

POST SCRIPT
I just can’t help but to add this descriptor from an article on Selenophenol, (not the same thing as an isonitrile, just another bad smell).

Posted by Self Replicate at 8:43 AM