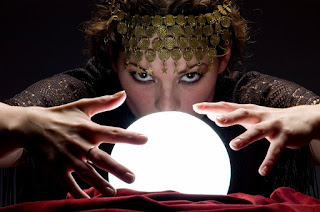 Mr. Avery Gilbert, sensory psychologist, author of lots of books on smell, and writer for the blog First Nerve, asks the hard questions about smells. For those who aren’t on the science side of smell, this topic might be too much. But really, it’s getting to the bottom of how smell works, and how we might be able to categorize this sense that seems to be impervious to organization. Spoiler alert – it doesn’t work, and we’ll try to explain why.

Gilbert asks, “Can we predict a molecule’s smell from its physical characteristics?” This is an important question that has lots of people wishing it were true. The problem is that we can’t seem to predict what something would smell like, given any information about its molecular properties. Sure, sulfur-things smell sulfur-y. But there is a lot more to smells than that.

There is a dream out there, that a periodic table of smells really exists, that there is a chart listing all the molecules and all their smells, and all are organized into neat rows and columns. But that’s just impossible. There are infinite molecules and infinite smells. Further, there are infinite ways to describe these already-infinite things because the language of smell, as it tries to pin-down and describe, only begets more words, not less. So at the outset, this is impossible.

But still, Science is trying, and recently (this article is from February), a huge crowdsourced effort claims to have found a pretty good means of doing this. It’s called the Dream Challenge, and it uses a bunch of parameters, or features of molecules all thrown together in a big data pile, in the hopes of returning an algorithm that can smell as good as we can, but just by looking at the molecular data. These features, “4884 physicochemical total features of 338 molecules,“ might be the chemical constituents of the molecule: hydrogen, carbon, etc.; or the family of chemicals: ketones, aldehydes; or something about their three-dimensional arrangement. All these parameters are put together, and a big computer sifts through them looking for a pattern between these features and the names people give them, in regards to their smell.

So this brings us to the next part, which is the more important part, for me at least.  What do we call these molecules and their perceptive impressions? In other words, where do the names of the perceived smells come from? Scientists for decades have been using a database of smell names and their matching molecules that comes from the 1980’s and was put together by a man named Andrew Dravnieks. The odor atlas it’s called, and it’s been used for every experiment dealing with smell. It’s pretty much the only one. For the Dream Challenge, a new odor atlas was created. And therein lies the rub, for Avery Gilbert, as well as for anyone who is the least bit suspicious of science predicated on a subjective lexicon.

The new psychophysical dataset was created like this – they gather 50 people to be the smeller/namers. This is a good number, as Mr. Gilbert says, because it cancels the perceptive variability that is bound to occur between people (because for many reasons from genetics to Freudian psychoanalytics, no two people smell the same thing). Then these people are given a bunch of odorants, molecules, and asked to describe what they smell like.

These smellers don’t get to name the odorant molecules whatever they want; they are given a list of pre-determined words, like fruity or burnt. This is the first catch. In this case, the predetermined words listed only 19 (garlic, sweet, fruit, spices, bakery, grass, flower, sour, fish, musky, wood, warm, cold, acid, decayed, urinous, sweaty, burnt, and chemical). That’s more than some other studies have tried to use, but less than the available lexicon, and still less than some other recognized lexicons, like the ones used in wine (86 descriptors) and coffee (85) and the Dravnieks odor atlas (146).* Then there’s the descriptive capacity of the words chosen. “Urinous” is pretty specific, but “cold” is not. (What the heck does “cold” smell like anyway? The opposite of “warm, ” of course!)

The reason the number of descriptors is set at 19 is not because there are only 19 ways to describe the hundreds of odorants offered. The reason is because the set of all possible descriptors has been collapsed, or organized into categories. When creating a lexicon like this, many descriptors would tend to be similar – they are near each other in odor-name-space. But this can be an illusion that is really hard to penetrate. ‘Musty’ and ‘urinous’ seem like they might go together, no? Or ‘sweet’ and ‘fruity?’ And how many other things fall under the ‘garlic’ category to actually constitute it as a category? Can you call something a category if it only has one thing in it?

Avery Gilbert explains that many of these lexicons are made for specific purposes, imposing a structure on an otherwise cacophonic mess. The wine wheel is for tasting wine, the coffee dataset for tasting coffee, etc. In this case, there was no purpose; it’s supposed to be universal. And with this total lack of context, the semantic descriptors available may not directly correlate to what the smeller really smells.

Bottom line is, if this Dream Challenge comes up with an algorithm to predict what something smells like based on its chemical properties, it will be surprising.

It’s just one of those things that seems like it can’t be done. It’s one of those things that is out of its element, like a gorilla trying to mate with an elephant and expecting a healthy offspring. A psychophysical dataset is this, a gorillaphant. Chemistry is strict, rigid, objective, distinct, and quantifiable. But words are polysemous, they mean more than one thing. And smelling as a perceptive act is too personal. There is no standardization to the way we name smells. There is no Pantone for smells. We never ever learn the names of smells in a standardized way, so how can we have a universal dataset for them?

Personally, I think the National Geographic Smell Survey is a more interesting study. This is something Avery Gilbert worked on. Because it covers people all over the world, it gets a better sense of what a smell is. Smells are hard to name because they are subjective, for one, but also because the names we give them are very culturally determined. To survey people all over the world (as in the NatGeo survey) is a good way to cross cancel the problem. Then there’s the time issue. How long does something like that last? This survey was done in 1989. That’s around when Calvin Klein came out with “unisex” perfume, and way before they sold kimchee in my non-asian neighborhood supermarket. Culture changes, both across time and space, and the words we use to describe our experiences change with it. We may never have a universal smell chart, not until we ourselves are universal. (And hopefully that never happens.)

Image source: link
Posted by Self Replicate at 1:41 PM