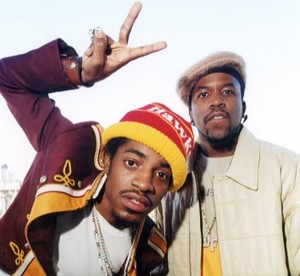 It’s true. Roses really do smell like the end product of our metabolism. Two major constituents of the smell of roses are Skatole and Indole, which are good olfactory representatives of excrement. They’re also used extensively in perfume.

But this fact does explain why I, among others I’m sure, hallucinate excrement when smelling roses – you expect it to be there. This is called redintegration, a kind of hallucination, and it’s explained in this clip from Hidden Scents:

Part of a smell can carry with it the co-occurring odor molecules around them in the memory, and it will later be used to substitute for the whole. Strains of cannabis, aside from the strong skunk-like smell, can have significant amounts of limonene in them. Through redintegration, the potent smells of such cannabis become so tied together that upon smelling an orange (almost entirely limonene), a frequent user might hallucinate the other odors of cannabis along with the orange. This phenomenon represents an apparition superimposed in order to satisfy the nose-brains’ insistence on predicting an odor based on limited or partial information – a behavior that is not limited to olfactory perception.

The scent of “musk” comes from the neither region of the musk deer. Just saying. Today you wouldn’t know that, because that scent of musk is now more associated with fresh laundry. Musk is a very big molecule, for a smell, and it sticks really well to your clothes even as they’re being washed, so it’s the main ingredient in laundry detergents.

When you smell “clean laundry,” you don’t think you’re smelling musk, but you are. Funny how today we associate clean with a thing that ultimately comes from an animal’s butt. (Please note that today, most if not all musk comes from a laboratory and not an animal.)

Posted by Self Replicate at 1:37 PM