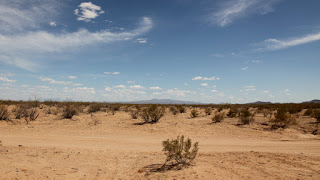 The picture seen here is taken from a local Arizona news source circa 2014, attached to an article citing the decrease in “migrant deaths” in the Arizona desert at that time. That data was given by Border Patrol. They say most of the deaths are caused by the heat.

But this post isn’t about migrant deaths; it’s about olfactory forensics, using one’s sense of smell to find decomposing bodies.

On the other side of the United States/Mexico border, deaths aren’t from heat, and the bodies are not of migrants. They’re people suspected to have been kidnapped by drug cartels, either for ransom, recruitment, or rivalry. Then there’s the women, who are abducted for trafficking. For whatever tragic fate befell them, their bodies are buried in a clandestine grave.

When farmers and cowboys find bones in the brush, they notify The Searchers of El Fuerte, who investigate suspected burial areas. They dig the earth, and then sniff the air. If they find bodily remains, they take them and send them for DNA testing. If a match is found, they try to inform their relatives.

It may sound primitive, but this is common practice. The human nose is the most powerful device we know of for detecting things that smell. It’s hard to believe, but it does explain why actual humans are hired to smell the fish at large industrial operations to make sure they’re fit for human consumption. It’s also why the fragrance industry employs noses. Shoot, Firmenich, who in 2017 was making 95% of the world’s supply of Hedione (which is in 95% of fragranced products) employ their own truck drivers, custodians, and administrative assistants to assure the quality of their Hedione batches. (This is because so many people have a hard time smelling it; if you’re good at detecting Hedione, no matter what your actual job, you will be asked to sniff batches.)

Back to the bodies. As flesh breaks down, it produces a molecule called Cadaverine, which smells like rotten flesh. (If you’re not sure what that smells like, try driving past exit 14 on the New Jersey Turnpike sometime around August; that should do it.)

Eventually, the cadaverine subsides, leaving other equally offensive odors. There will come a time when a deterred body no longer produces a smell at all. Until then, it is a recognizable indicator.

Notes:
The Searchers - Mexican women who look for the dead
Dec 2018, BBC

Cadaverine has the sickly-sweet smell of rotting flesh
You Are Never Gonna Bereave This
Limbic Signal, 2017
What Exit - The Smells of the New Jersey Turnpike
Limbic Signal, 2016
Sensory Psychologist Avery Gilbert features the “I Smell Dead People” installments on his blog First Nerve

Post Script:
Body Farms are places where bodies are buried under all kinds of different conditions, to be examined at various stages of decomposition, for the purpose of aiding forensic anthropology. The information learned on these body farms could be useful for solving potential crimes or missing persons cases.

Posted by Self Replicate at 1:57 PM