Limbic Fitness and The Aging Brain 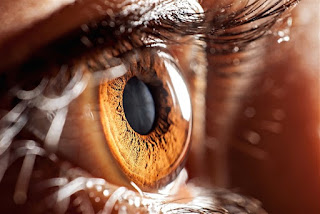 We all know that memory function decreases as we age. One of the ways in which this is evidenced is in the correlation between how much our eyes move and the brain activity that comes with it. You see grandpa's eyes skipping around the room, from one face to another, but he isn't recording any of it. (Exaggeration of course, depends how old he is, and his mental capacity.)

It's normal for people of all ages that the more we look at the same thing, the less and less brain activity there is in our memory-forming hippocampus. But in older folks, they can dart their eyes all over the place, and yet generate no information about what they see. No matter how many times they look at a thing, it can remain unfamiliar.

Despite the fact that smell is typically associated with airtight bear-trap memories, we can experience similar diminishing effects with our sense of smell. The relationship is so intimate that our olfactory perception is used to forecast dementia decades in advance.

It is certainly possible that your 60-year old self can be transported 50 years into the past by the mere wisp of familiar a molecule. But your 110-year old self will be less likely to transport so swiftly back to your 60's - the older we get, the less robust the memory-complex formed by each sensation.

This is covered pretty thoroughly in Hidden Scents. Olfaction, the limbic system and our episodic memory form a powerful complex of stored experience. But this system works less and less as we age-out of episodic memory and begin to rely more regularly on semantic memory for our day to day activities.

Episodic memories, i.e., the collection of feelings in your body during a particular episode in your life, are very powerful when recalled. Ironically, they cannot be recalled at will. They must come to us from outside, unlocked by a face, a voice, or a smell. The name of a friend from first grade doesn't do it. The smell of the inside of your first lunchbox, that'll do it.

You're way less likely to be brought to tears at the re-smelling of your first new car (if you were to somehow recreate that, or be so lucky as to be exposed to it later in life). Your dad's first new car - the one you got to ride in when you were 8 - smelling that might get emotional.

Notes:
Link between what we see and how we remember 'breaks' as we get older
Oct 2018, phys.org

Posted by Self Replicate at 1:01 PM