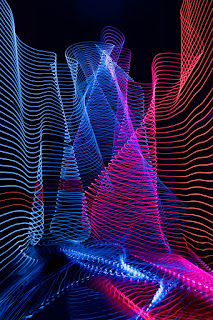 Scientific enlightenment may one day catch up with our primordial sense of olfaction, but not without some serious philosophical paradigm-shifting.

That's what people like Ann-Sophie Barwich are for. She specializes in the philosophy of smell, disentangling the hard problem of what a thing really is. What makes this problem hard is that over time, our society has become so "enlightened" by science, that we assume everything is understood, that we've got everything figured out. Maybe not re-usable rockets and bioethics, but the basics, like vision and olfaction for example, are all figured out, right?

Wrong. We assume we know how things work because of ideas that persist in society, ideologies about what things are, what they're supposed to be, and what we do with them. How about oxygen? That's a good story. We used to think air was empty, go figure!
And what is a chair? Where did they come from? How did we develop the standard dimension of seat height?

There are times when things change, for example when the majority of your society becomes overweight, and a chair means something different all of the sudden. Or there are cases when things were not really figured out in the first place. Like oxygen. Also like olfaction.

Smells, they vaporize into the air, waft into our nose, light up some neurons, and bam, a smell is born. Sounds simple enough. But once we try to investigate that experience further, it starts to fall apart. There's hundreds of receptors and each is controlled by its own gene, and each one of us has a different combination. Also, the vapors that make smells are constantly changing, hotter-colder, ripening-rottening. Also, the episodic memory network that we use as to interpret smells is wildly varied.

Codifying a universal language of olfaction is impossible, today at least. It's too complicated. But that's where philosophy comes in. Deep thinking on the very basic, the most basic assumptions can lead to paradigm-shifting insights, which can send inquiry into another direction. Thomas Kuhn's Structure of Scientific Revolutions (1962) explains this process pretty well, showing us how the Science of today is a series of revolutions in thought, vast shifts in paradigms, that re-constellate and re-crystallize thoughts, facts and ideas in new ways. These new paradigms enliven investigation, and reconsider previously less-popular pursuits.

Science philosopher Ann-Sophie Barwich is on a mission to rewrite the study of olfaction, and thereby to reform our interaction with it.

I'm reading a paper of hers, about odor objects, and about how they don't really exist in the way we think they do. She starts out with a stark and jarring statement:

"Theories of perception suffer from one fundamental flaw: they are theories of vision."

Barwich calls vision the "paradigm sense," and goes on to discuss how this vision-bias has slighted studies of smell by trying to make it fit into a sense that it has nothing to do with.

A reminder -- vision relies on immaterial waves of energy, whereas olfaction, called a "chemical sense," relies on physical contact with physical molecules.

Barwich goes on to jab at many of the commonly-held understandings that we use to construct our model of olfactory perception:

“Stimulus representation isn’t the primary business of olfaction. Rather, its job is solving a problem of valuation, rapidly encoding the biological salience of a stimulus and priming our multisensory representation of it to contextually appropriate action.”

After establishing a criteria for perceptual objecthood, Barwich compares point-for-point why olfaction cannot be investigated through the lens of vision.

Smells are not objects to the mind, not the way visual elements of shape and color and line are objects. I interject here to add that olfactory perception require a body.

Humans are not a brain in a box. We are a brain in a body, and that body has grown with us from birth, and so our brain is integrated into this body, and relies on it (and its memories) in order to make sense out of the world.

Consider the idea of embodied cognition and Moravec's principle. Hans Moravec was a roboticist and pioneer of artificial intelligence in the 1980's. His conundrum asks why higher-order thinking is not that intensive computationally; yet running the sensorimotor suite of the limbic system requires tremendous resources.

Olfaction uses the limbic system in the same way that vision uses its visual cortex, and this makes it an entirely different animal.

What primarily drives olfactory perception is not discrete, stable odor object formation but context-sensitive decision-making (Barwich, 2017, 2018). After all, the same chemical stimulus can occur in many different contexts, changing its causal disposition (e.g., in a mixture), as well as its meaning and value for the perceiver. It matters profoundly to the perceiver whether butyric acid is encountered as part of food (parmesan) or contaminants (vomit). The function of olfaction is to recognize changes in context and, in turn, affordance of the material stimulus (Barwich, 2018). Therefore, the same physical information of a stimulus can be grouped differently and matched against various cognitive templates. Its perceptual expression must be examined accordingly. Upon encountering olfactory information, the brain essentially has to decide on the grouping, salience, and value of olfactory input by matching this information with learned templates of odor categorization and other cues (cross-modal, verbal), all indicating the context in which a decision about the incoming olfactory information takes place.
Processes of perceptual categorization, as decision-making, do not to require the notion of olfactory objecthood. Smell is intentional in the sense that it provides information about materials in the world. Its content, however, is not a perceptual expression of olfactory objects but of grouping sensory input into qualitative classes. How perceptual categories are formed is the real question that scientific and philosophical theories of olfaction must tackle next.

Barwich A. S. (2018). “Measuring the world: towards a process model of perception” in Everything flows: Towards a processual philosophy of biology. eds. Nicholson D., Dupré J., editors. (Oxford: Oxford University Press; ), 337–356.

Posted by Self Replicate at 2:41 PM