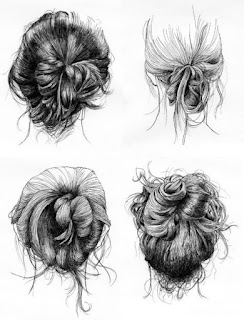 “The act of smelling a thing, anything, is remarkably like the act of thinking itself.”
–Lewis Thomas, Late Night Thoughts on Listening to Mahler’s Ninth Symphony

AN INTRODUCTION TO SMELLING
Another late summer night, I am staring into my computer screen, half-conscious. I sniff my hands again; though it is not me that samples the chemical composition of the air, but something more primitive inside of me. My hands smell like rosemary. The bush out front is fragrant at this time of year and I occasionally grab at the leaves as I walk past. I sniff my hands again, deeper. It smells so good I want more of it, I rub my hands together to heat them up, to release more of the fragrance, and I cover my face like a catnip-crazed cat. A form of virtual ingestion – I gorge myself.

Another late summer’s night, I am again vacantly staring into my computer screen. My chin rests in my hand. Unsolicited, whispering into my perceptive field, a thought surfaces. It is not so much a thought as an alert: Mothballs. Why do I smell mothballs? My fingers, it’s on my fingers. But when –? Think – what was I doing? No, there were no mothballs, there’s no way. It must be something else. But what?

My mind performs a wonder of calculations. My memory, twitching, morphs and re-forms. A monstrous machine simultaneously scans autobiographical spatio-temporal datamaps while performing some backwards kind of virtual organic chemistry experiment. It matches every episodic memory of the past four hours with every potential combination and degradation of chemicals that can be imagined. In reverse, it matches the smell I perceive with every possible episode in which I could have come in contact with it.

Cleaning product? No, no cleaning today. Where was I today? Mothballs – something about my grandmother? (Scanning: “Grandma”) No, not that. I sniff my hands again. It’s changing – smell is always changing – something medicinal? No, herb-like; what did I eat for dinner? (Scanning: “dinner”, “food”, “refrigerator” – the breadth and depth of olfactive memory-search is awe-inspiring.) No, not that. What could it –?

Rosemary! It’s rosemary! No, how could it be? Rosemary smells like mothballs? How could that be? One more time, I sniff. Attenuation, I can’t smell it anymore but for the slightest trace. It has to be, that’s it. But how…? I search the internet: “Rosemary” – Eucalyptol/Cineole, Pinene, Borneol, Camphene, Limonene. “Mothballs” – Naphthalene, 1,4-dichlorobenzene, Paracide. Nothing overlaps. Let’s try again, a more informal search. Nothing, except that they’re both repellants. But what is the connection, which molecule is it?

I spent the remainder of my summer vacation researching this topic. How could it be so evasive, so confused? I set myself on a mission. I was to gather the largest inventory of smell descriptors and molecules and plot them in a self-organizing network graph. One thousand molecules, generating three thousand descriptors from an aroma compound catalog for flavor and fragrance companies. The next time I want to know the relationship between rosemary and mothballs, I can access my own graph.

As one might predict, “mothballs” is not an aroma category, and so my graph did not pass its first test.

Days later, after countless article entries, impervious organic chemistry textbooks, and scant literature, the realization occurs – This is almost impossible. Such a powerful word. To think about the impossible can lead one to obsession; but this is what the imagination was made for – maintaining an extended state of cognitive dissonance long enough to facilitate a new configuration of one’s mindset.

Posted by Self Replicate at 8:11 AM