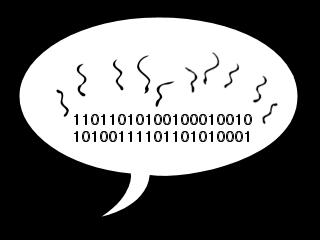 There's the thing in computer programming called Code Smell, and it refers to the finding of a problem in the code, like a funny smell in the code that indicates where the bugs are coming from.

So it's like, Here I am, having written a book on the language of smell, read every book in the Library of Congress on the subject, hundreds and hundreds of scientific articles, and thousands of web documents, and would you look at that? Never heard of it.

It gets better because apparently “developing your code nose” is a worthy pursuit for any programmer.

They aren't bugs per se, but more like a weakness in the code that increases the risk of a bug. Duplicated code, for example, gives off a code smell.

Further, there is a distinction made between Code Smell and Language Smell. One is for the way the code works and the other is for that actual language used in the code. In this case it’s called language smell, not code smell.

Posted by Self Replicate at 7:03 PM