Firmenich and the Ecstasy of Saint Theresa 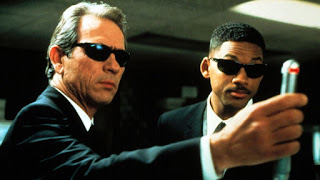 Secrecy. That’s a really important thing about the flavor and fragrance industry. Funny how New Jersey has to be the global capital of this industry, a state which is more commonly known as the dirty-money mafia capital where people get mysteriously buried in concrete. No relation though, just coincidence. In fact, I’m not sure how New Jersey came to be the flavor and fragrance capital of the world, but it is. More than half the world’s ingredients come from a small strip of this small state. At least one of those ingredients, Hedione, which we’ll describe in a moment, is produced exclusively here in NJ, and is part of 95% of all consumer products, globally, that have flavoring or fragrance added.

Hedione is produced by Firmenich, the biggest flavor and fragrance company there is. I went there today as part of an occupational health and safety class where we visit real sites and check out their digs. They brainwash us afterwards, like the men-in-black thing.

Firmenich, the facility that actually makes the ingredients, is in Newark. They have other locations. Our contact says “we also have R&D labs all over the place, but they’re very non-descript; you would never notice; nobody knows where they are; I don’t even know where they are.”  Again, that’s how fragrance works.*

They mostly make chemical ingredients, but they also do a little bit of research here, and these special folks are called Noses. If you work here, I don’t care if you’re a truck driver (I think they contract those guys out, actually) you can be a nose. Noses, from what I understand, are people who can smell pretty good. But they’re also people who can smell Hedione. Apparently, and I feel I should know more about this, but our contact tells us that only 2% of the population can really smell Hedione. Therefore, if you work for this facility, and you can smell it, your job is to, once in a while, sniff a batch and make sure it’s ok for use. Reminder – there is no electronic nose that can do this, only humans can tell if a smell is “good for use.”

If you’re a bit confused, you should be. I just said that Hedione is used in 95% of all products, but only 2% can smell it. ??? Well, after a bit of poking around, particularly my most favorite site for checking this kind of stuff, Perfume Shrine, I can say this – it seems like you can’t actually smell Hedione, but you can, at the same time. You can tell when it’s not there, and you can sense that a fragrance has something special in it when it’s present, but when isolated, you can’t smell anything.

Let’s just say that Hedione is absolutely critical for perfumery, and Firmenich has the market cornered. I thought about that as I sat in the presentation room, listening to our contact, smelling the warm, tangy, rough-spicy hint of my Italian Cypress creeping to my noseholes. Those molecules in my perfume came from this factory.
Ecstasy of St. Theresa, Bernini, 1650
We leave the presentation room and begin our tour. We walk inside one of the reactor pads where they turn raw ingredient-chemicals into fragrance industry components. It’s a huge building, and the equipment rises far above our heads. It looks like what you would expect – a big, metal, cylindrical reactor vessel, braced on all sides like the Eiffel Tower, penetrated by myriad hoses and gauges and pressure relief valves. The floors dusty concrete with long drainage grates running along the length of them. It’s not so big in terms of its footprint, but it goes up forever, and it’s ominous.

“This reactor is for Hedione. Strictly Hedione.” Other ones are used for different things, depending, but this one is dedicated. I smell something. If it’s not Hedione, well, I don’t know what the hell it is, because I may be smelling a thousand different things right now. And speaking of now, this post isn’t about Hedione, or secrecy in the perfume industry; it’s about what happens next.

Ecstasy of St. Theresa, Bernini, 1650, detail
We leave the Hedione reactor and go next door to another pad that processes a bunch of chemical ingredients all in the same building. Limonene, Citronellol, Geraniol, Linalool, the list keeps going. Same ominous, towering vats, hoses and pressure valves, metal and concrete and warning signs. After about five seconds of standing there, I was overcome with what I can only call the scariest thing I have ever smelled.

Now, I’m not even sure what that means, because how can a smell be scary?

I mean, I know we can “smell” fear, but that’s not what I’m talking about. You look at these pictures from the Renaissance, for example, religious pictures of people shielding their eyes from God – he’s so powerful they can’t even look at him. Your eyes can’t see something that powerful.

I’m sure it was my brain doing this to me, at least a little. I knew that I was smelling a total mélange of the most complex proportions and in very stiff concentrations; I know that by the time you mix more than three or four chemicals together, your brain can no longer tell the difference between them. (So do I really know, from a sensory perspective, that this thing I smell is made of so many different chemicals?)

Nonetheless, there I stood, for the first time noticing that this room is well over one hundred feet tall, such that I cannot see the top of the reactor. And the smell that is both accidentally and purposefully leaking out of it is the scariest thing I have ever smelled. Our contact is talking to us; I can’t hear a thing he says, and I can’t move.

I was stuck so still that I could feel my skull moving involuntarily inside the flesh of my face, and trying not to, and the space between my bones and my flesh tingled with fear and paralysis. This is, to my imagination, what it would be like to “see God.” I’m not so much a religious guy, so I don’t really know what I mean by this, I have heard people say things like this, at least when I studied art history and the Renaissance and philosophy and Aquinas etc. I have heard people talk about seeing God and wondered what they meant by that. I’m too visually jaded to imagine what that would mean, to “see God.”

I was an art teacher for 10 years and an art history major prior to that, so my visual cortex is a post-modern mess that has no place for God, that’s for sure. But that smell…It was so big, so complex, so beyond my capacity for perception, for understanding it, and it was like – although it was beyond my ability to perceive it, I could perceive that. I could comprehend it only so much as to know that it was beyond my comprehension.

There was a very sure, very palpable sense that there was something out there, something in that room, surrounding me, entering my body in fact, stimulating the neurons on the outside of my blood-brain barrier, something that I could not see. How do you know that you’re facing something that you can’t know?

Maybe it was the size of that reactor. I’ve seen stuff like this on tv, but this is the first time we’re visiting a ‘real factory’ and the first time I’ve been in front of something like this. And anywhere else, their massive reactor would smell too. But it wouldn’t smell like this. There was something tremendous about this, something totally incapacitating; it smelled like omniscience.

I’m still getting over it. I didn’t notice until I was driving home that I smelled like a thousand different things. All by myself in my car, with every breath I took, I smelled something completely different in turn: a warm note, a spicy note, a grapefruit, powdery incense, bubblegum, cold metal, the smell of the ocean, flowers of a dozen different kinds, one after another as I breathe again and again. This continued for the rest of the ride home, every breath, another facet of that thing I couldn't perceive in its totality, now came to me one piece at a time.

POST SCRIPT
I write a bit about why the fragrance industry operates in airtight secrecy here, tdlr – it’s because copyright, that’s why, or rather lack of copyright for arts related to both fashion and fragrance.

There’s other reasons too, reasons which even I would rather not mention, but I will: the general public is a bit paranoid when it comes to “chemicals” (did you just get chills up your spine when I said that?) and so if I was the fragrance industry, I think I would do the same; just keep things as quiet as possible.
The Fragrance Industry Speaks

On a sort of side note (this is the post script already, after all) – notice how perfumes have a list of chemicals on them. There’s a governing body that requires them to do that. Every year, a bunch of chemicals are decided to be dangerous enough that they should be listed on the bottle. Others are decided so dangerous they can no longer be used at all, requiring constant reformulations of your favorite scents. The thing is, when you see this list of chemicals, you think, ‘this is what’s in this bottle, this is what makes this thing smell like it does,’ but there’s hundreds of chemicals in there, hundreds. And the ones listed are only the ones that have to be listed. If you really look, it’s like every perfume is made of the same chemicals. That’s because a lot of the same ones are used in everything, just in different amounts, and with little tweaks here and there.

See the International Fragrance Association; they make the safety standards and say which chemicals are safe or are no longer safe for use. They are hated by perfume enthusiasts because they forbid chemicals, requiring reformulations of favorite and legendary perfumes. They are fodder for chemophobes who think the world has organized a systematic slaughtering of the population via slow, chemical carcinogenesis.

And then there’s this little something, about New Jersey, my most popular post to date:
What Exit - The Smells of the New Jersey Turnpike

Posted by Self Replicate at 5:03 AM